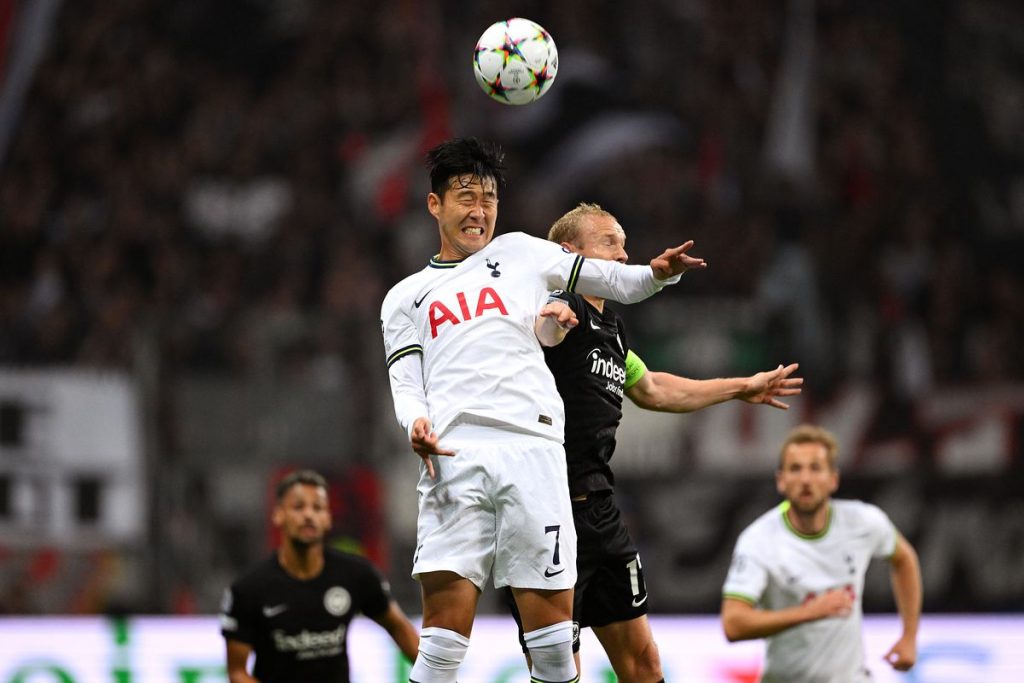 On Wednesday, Tottenham Hotspur will host Eintracht Frankfurt and their throngs of fans in North London for a crucial matchday Four UEFA Champions League matchup.

Both teams have four points in Group D, with Spurs narrowly edging out their German rivals on goal differential to claim the second playoff berth.

As evidenced by the expressions of Antonio Conte, Harry Kane, and Hugo Lloris when discussing the passing of their fitness coach Gian Piero Ventrone last week, Tottenham had a very difficult week, but they persevered to secure an impressive victory away to Brighton & Hove Albion on Saturday that allowed them to move up to third in the Premier League.

A few recent results, most notably the damaging loss they suffered in the North London derby against Arsenal and their late collapse away to Sporting Lisbon, have overshadowed what was a very strong start to the season, in which they have not been defeated in any of their other 10 matches in all competitions.

But if they don’t get all three points from this game, they’ll put a lot of pressure on themselves to win their remaining two games by a wide margin and risk losing their chance to qualify.

The only goals Spurs have scored in Europe so far were two late Richarlison strikes against a 10-man Marseille, and their lackluster performances in Frankfurt and Lisbon must be improved upon if they want the necessary three points.

Frankfurt has had a pretty chaotic season thus far, and at the weekend, they added yet another bizarre outcome to their record as they lost to Bochum in the Bundesliga.

As they entered the game four points behind Eintracht at the bottom of the table, Bochum managed to defeat Eintracht with ease in a second-half performance that will have Frankfurt manager Oliver Glasner incensed at his team’s capitulation. It was also Bochum’s first win and first clean sheet of the season.

Results like these, occurring only weeks after defeating league leaders Union Berlin in their most recent domestic home game and thrashing fellow Champions League participants RB Leipzig one month prior, serve as a perfect example of their instability.

Their Champions League campaign has already seen its ups and downs, with a somber draw against Spurs in the rematch providing a stark contrast to their first two games. For a team making their first appearance at this level since reaching the finals in 1960, a humiliation at home to Sporting Lisbon was a true baptism of fire.

However, that was quickly followed by the elation of winning away at Marseille, one of the most hostile environments on the continent.

Despite the inconsistent play, the club’s standings both domestically and internationally are still quite steady, and a victory here might see them take the group lead if other results go their way.

Frankfurt may have suffered a severe loss at the weekend, but Glasner rested a number of important starters in anticipation of this match, and with those players anticipated to return, they will undoubtedly put in a more determined effort.

Spurs must find a way to win because a loss is unacceptable and a draw is far from ideal. They may just have the individual ability to snare a victory in a team that has scored very few goals thus far.