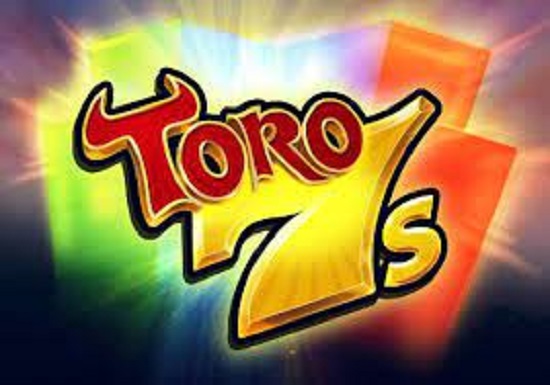 Toro 7s will be the Toro series’ fourth slot machine, indicating that ELK Studios is attempting to expand it into new categories. It appears to have a more traditional theme, but it will ultimately be a highly volatile experience with excellent rewards and a sufficient number of lines active each round. You may also expect good graphics from ELK Studios.

Toro 7s is a 3×3 reel slot with a total of 17 connected lines. With a 95% RTP and the potential to pay out up to 10,000x the bet ($1,000,000 jackpot), it’s a high-risk slot. The features incorporated to this 3-reel game are regular and multiplier wilds, Nudging Respins, free spins with multipliers, and the Lucky Sevens bonus.

The majority of ELK slots have a similar wager, and Toro 7’s employs the same 100 coins to allow players to spend anything from $0.20 to $100 per spin.

Toro 7s has a high payout potential, and the 10,000x the stake jackpot provides us a decent sense of what to expect. You may win a prize of $1,000,000.00 based on the wagers available. Despite being highly erratic, the slot manages to maintain a relatively modest long-term RTP of 95 percent.

The Matador will be your usual wild symbol, and it will assist you in obtaining the Nudging Respins. It descends the reel, one position at a time, until it reaches the bottom. You’ll keep getting respins until then.

The second symbol is Toro, a multiplier wild with the same Nuding Respin technique as the first. If it joins their formation, it increases their chances of winning by 5 times. If the two types of wilds appear on the reels at the same time, Toro will remain in its present place until the Matador leaves.

Landing three Toro 7s scatters on the reels will award you with free spins. All wins will be multiplied by five.

As you play the free spins, another set of three scatters may appear, granting you access to the Lucky Sevens feature. To proceed on the three tracks available on the paytable, you must gather Sevens of three different colors inside. To win the grand prize, worth 10,000x the stake, you’ll need 5 of each sort of Seven.

Toro 7s was inspired by both classic slots and a series of slots that ELK Studios has been focusing on recently. The Matador and Toro were both characters in prior games, and they serve as wilds in this one, with the game logo serving as a scatter. Regulars stick to the classics, so you’ll see three different kinds of Sevens, as well as plums, oranges, Bar logos, and cherries.

Toro 7s can be a lot of fun, and ELK Studios has done an excellent job of updating this traditional 3-reel configuration with new features. The only issue I’m having is with its 95 percent RTP, which seems to be an issue with most of their slots lately.