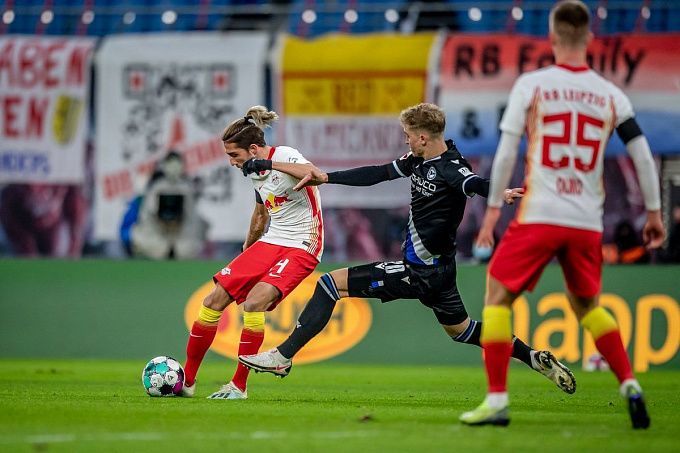 The opening match of the Bundesliga season between Stuttgart and RB Leipzig will take place on Sunday at the Mercedes-Benz Arena; the former has already played this season in the DFB-Pokal.

The hosts defeated Dynamo Dresden while playing with 10 men in the cup, while Domenico Tedesco’s team just lost a thrilling Super Cup match to Bayern Munich.

Talk about clinging to life by a thread: The Stuttgart team under Pellegrino Matarazzo secured Bundesliga survival in the 2021–22 season by finishing level on points with Hertha Berlin in the relegation playoff spot. This was made possible by their superior goal difference.

Stuttgart is well-positioned for another year of success thanks to the retention of Sasa Kalajdzic and the conversion of Dinos Mavropanos’ transfer from Arsenal into a long-term contract, but they undoubtedly lucked out when they faced Dynamo Dresden in the DFB-Pokal first round.

Stuttgart had to play the final 25 minutes of the match with 10 men when Waldemar Anton was given an early bath, but a victory was enough to get their 2022–23 season off to a successful start after Darko Churlinov had given Matarazzo’s team the lead.

For Matarazzo, preseason was nothing short of perfect. His team went 4 for 4 in wins in July, including victories over Brentford and Valencia, but they failed to keep a clean sheet in any of their friendlies.

Stuttgart failed to keep a single clean sheet at home in the Bundesliga during the 2021–22 season, and their chances of breaking that streak here are slim to none. Defensive deficiencies were also noticeable during that campaign.

With the DFB-Pokal crown to defend heading into the 2022–23 campaign, RB Leipzig fell behind Bayern Munich 3-0 and then 4-1 in the yearly season-opener before mounting a comeback attempt against the defending Bundesliga champions.

Despite the efforts of Marcel Halstenberg, Christopher Nkunku, and Dani Olmo, Domenico Tedesco’s team failed to maintain defensive stability, and as a result, they paid the price. Bayern scored five goals of their own to help Julian Nagelsmann defeat his former employers.

After losing to Liverpool in their final preseason friendly, Leipzig’s loss constituted the second game in a row that they had allowed five goals, and much has changed at the Red Bull Arena since their fourth-place Bundesliga finish from the previous season.

While players like Tyler Adams, Nordi Mukiele, Brian Brobbey, and others have left for greener pastures, Konrad Laimer and Angelino may still go in the coming weeks, Die Roten Bullen will at least start the next season with Nkunku still on the roster thanks to his outstanding 2021–22 performances.

If there was ever a game to cheer up Leipzig supporters after a loss, it would be this one. Tedesco’s team defeated Stuttgart twice last season by a combined score of 6-0, and they have only given up one goal to their opening-day opponents since 2017.

While Stuttgart, led by the towering Austrian, should feel positive about their prospects of piercing a Leipzig defense that has already conceded goal after goal this summer, the Austrian may not be in top physical form for the first game.

Although Tedesco’s team is not in the best of shape, we believe Leipzig will have an easy opening day victory thanks to Nkunku’s desire to continue where he left off with Bayern already feeling the full power of Roten Bullen’s attacking prowess.