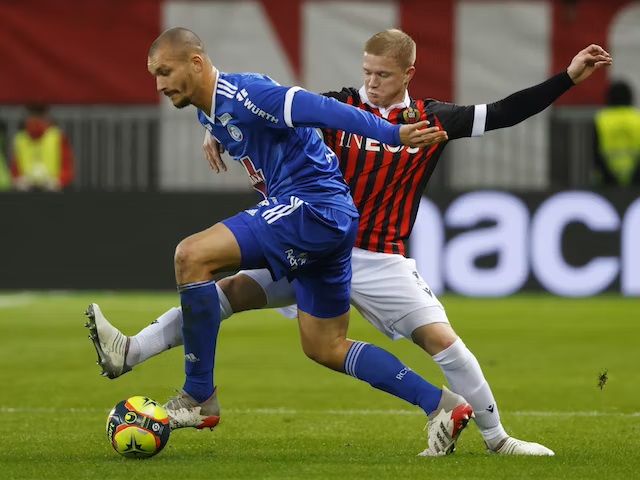 In an effort to start moving up the table, Strasbourg will host Reims at Stade de la Meinau on Sunday. Both teams have lost their first two Ligue 1 games.

The visitors enter this game coming off of two losses and are currently at the bottom of the standings, while the hosts have managed to draw one of their games.

Strasbourg vs Reims Tips and Prediction

Strasbourg had a successful season in which they were within three points of a European spot, but their first two games this season have not been as good.

They began by losing to Monaco at home. The visitors’ two goals in the span of 10 minutes were sufficient to win, and Habib Diallo’s goal served only as a consolation.

But in their most recent game, an away trip to Nice when they recovered from behind to earn a draw, Julien Stephan’s team was more impressive.

The club hopes to continue by earning their first three points of the season this Sunday after Kevin Gameiro helped his team get back into the game in question.

Strasbourg will need to exert a little more effort than they did last season, though, since both of their Ligue 1 matches against Reims during the 2021–22 season ended in draws.

The visitors have also played twice this season, but unlike their opponents, they have not yet accrued any points. Reims is currently last in the division, and a key reason for it is their terrible goal difference, which is a result of their weak defense.

Oscar Garcia’s team has conceded four goals in each match they have played thus far, which has proven to be a significant issue for them.

This was especially true in their most recent game against Clermont Foot, where Kamory Doumbia and Folarin Balogun combined to score twice.

In the previous season, these two teams split the victories twice, but this early-season matchup may have a different outcome.

The biggest reason for that is how weak Reims has looked defensively, which will probably give the hosts hope that they can win this game by a three-point margin.