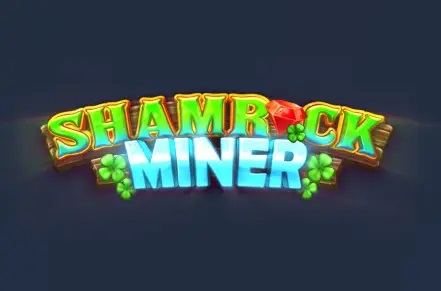 If a slot machine like Shamrock Miner seems familiar, it’s because there are many other games that are comparable to it already, especially in terms of the design and theme options. Even with regard to its Features, which are greater than the graphics might imply, Play n GO didn’t put much effort into making this one stand out.

12 active lines are present on the 5 reels of the Shamrock Miner slot machine. Average rewards can reach 5,000 times the stake. As for its superior special features, they include expanding reels, free spins with multipliers, wilds, and a cash collection mechanic.

The return that may be anticipated for the payouts that the Shamrock Miner game promises is up to 5,000x. It appears that a spin at the maximum wager can result in a prize of up to $300,000.

The Leprechaun Wild, one of the bit more significant symbols, will primarily be used as a substitute, but it also has other functions. It can occasionally add multipliers and is also a collector symbol.

If there is also a wild symbol present when the Cash symbol first appears, you can win a prize of up to 10x from it. The game then adds a Cash Multiplier, which has a maximum multiplier of 10x, to this.

The main feature, which may award up to 20 free spins when three to five scatter symbols are present, is that one. The multiplier wilds now multiply wins by 1x to 3x, increasing the possibility of winning. When combined with the wild, the Cash Multiplier, which has a maximum multiplier of 10x, can increase Cash wins by up to 30x.

Wilds can be collected, and for every four you have, you’ll get 10 extra spins and a bigger multiplier. Additionally, the gaming area expands by 1 row and can eventually reach 5×7 reels, adding more lines as well (up to 20 more when all 4 rows are added).

If you’re not familiar with this category of slot machines, you shouldn’t have high expectations for an Irish-themed game. The majority of the time, they look alike, but this one deals with mining, so there is a unique feature. The design is quite standard, and the symbols are either royals or diamonds.

Even though the story and graphics don’t quite live up to expectations, the Shamrock Miner slot demo has some decent features and overall good enough potential.