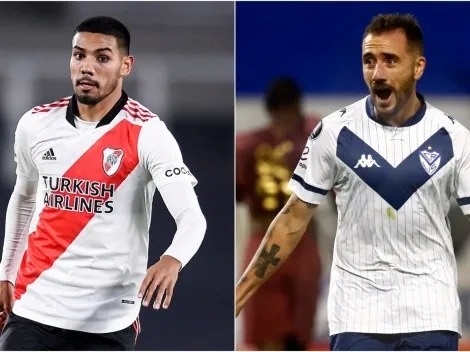 With a 1-0 advantage against River Plate going into the second leg of that round-of-16 match on Wednesday, Velez Sarsfield is poised to go to the Copa Libertadores quarterfinals for the first time since 2012.

Last Wednesday saw La Banda’s first loss of the tournament, and the Liniers had lost four straight away games in all competitions.

Few people would have predicted River Plate to be defeated by a team like Velez Sarsfield, who gave up the most goals (11) of any team that made it to the knockout stage of this year’s tournament after scoring 18 goals in the opening round.

That loss put a stop to Los Millionarios’ 10-game winning streak dating all the way back to 2017 in Libertadores Round of 16 games.

Before their loss to Sarsfield, River had only given up the opening goal once in this competition, and they also lost that game, drawing Fortaleza 1-1 after allowing Silvio Romero to score in the fourth minute. If this team had a weakness, it might have been how they play when they are down.

The four-time Libertadores winners, who won the title in 2018, have never lost a two-leg match in the opening round of the knockout round after being ousted by Independiente del Valle at this point of the competition in 2016.

In a tiki-taka style of play, Marcelo Gallardo has always encouraged his players to take chances with rapid ball movements, which has allowed his team to put the opposition under pressure in the majority of their games.

Though lately they haven’t been able to shut down the center channels as well as we are used to seeing, conceding four goals in their most recent two games played in all competitions, those tactics have typically been a formula for success.

You cannot act intimidated in any way while playing against a team like River Plate, and Velez Sarsfield is one of the few teams that appears to welcome the chance to take on the Argentine giants. Sarsfield has only lost once in normal time in 10 prior matches against them in this tournament, giving up one goal or less on nine of those occasions.

Alexander Medina, who assumed leadership of this club in late May, has put in place a mid-block system centered on a high-pressure strategy, with his players pressing forward in large numbers to cause errors in their opponents.

They were able to earn a penalty and take the lead after a quarter of an hour, which was all they needed to win the first leg of this tie thanks to that strategy. Sarsfield are a difficult team to play against when they can score first because they drop back with lots of players behind the ball and don’t give you many chances inside the box.

They haven’t lost a game when scoring first since matchday three of this tournament, when El Fortin lost to Nacional 2-1 after giving up a brace to Emmanuel Gigliotti. They also haven’t blown a 1-0 lead since early May.

The team from River Plate wasn’t at their best in the opening game last week, but reputations aren’t earned by accident, and this is a tough group that can handle any situation that may come along.

Especially at home, where River has scored 14 goals in three Libertadores games this season, it is difficult to see Velez Sarsfield holding Los Millonarios at bay for a second straight game.