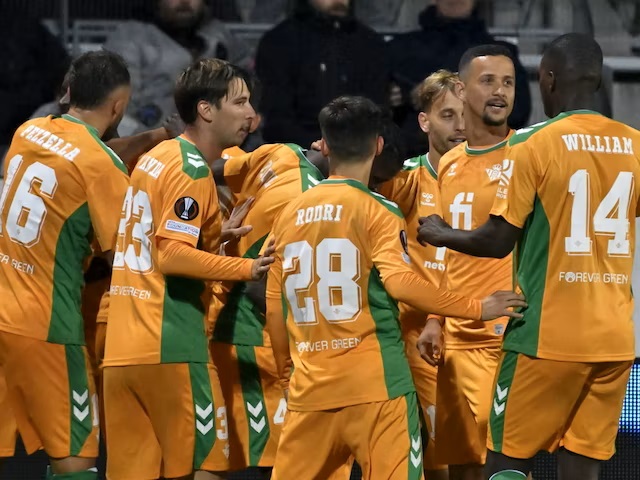 In the second game in the Europa league this season, Real Betis will be hosting Ludogorets Razgrad on Thursday evening. They have both won their opening games in the league this season taking all three points.

Real Betis bounced back last week with a 2-0 victory away against HJK Helsinki in their opening Europa League group matchup after suffering their first loss of the new season at Bernaubeu.

The team led by Manuel Pellegrini, who won the Copa Del Rey last season, followed up their success against HJK in Europe with a narrow 1-0 win over Villarreal at home in La Liga this weekend. Rodri scored the game’s lone goal at second half.

However, Los Verdiblancos will be sure of victory against Ludogorets because they have never lost a Europa League group game at home, winning five times, drawing four times, and maintaining six clean sheets in the process. They have never faced Bulgarian opposition in European play.

When Eldor Shomurodov equalized Cauly’s first-half goal in the 86th minute, Jose Mourinho’s team thought they had snatched a point. However, Ludogorets regained the lead just two minutes later on the strength of a strike from substitute Nonato, who scored his first goal for the team since joining earlier this month.

After claiming a comfortable 4-0 victory away at Botev Vratsa in the Bulgarian premier division last weekend, Ludogorets has since extended their unbeaten streak across all competitions to eight games.

Ante Simundza’s team has had a successful start to their domestic season as they have won seven and drew one of their first eight league games, scoring 29 goals and giving up only four.

In their last two Europa League campaigns, the Eagles have lost all 19 of their away games in the competition, and they enter their meeting against Real Betis on Thursday having lost two of those 19 games.

We anticipate a interesting game here and we can’t neglect the form of the visitors considering the win over Roma in the opening game. All things been considered, we still believe Real Betis should be able to snatch a victory here with a good home record so far too.