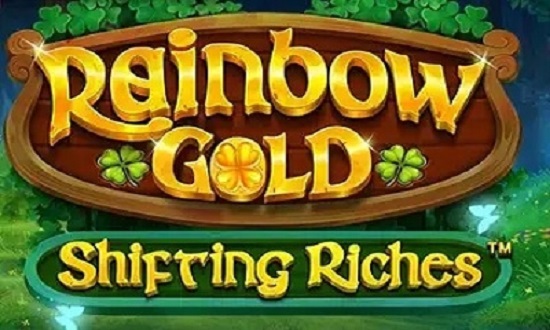 Pragmatic Play continues to release new online slots in an already saturated market, at a rate of around one new title every week. Rainbow Wealth: Shifting Riches is one of the early titles scheduled for release in 2022, and it will be a fairly standard slot in terms of concept, drawing influence from Irish traditions about the leprechaun and his pot of gold.

Rainbow Gold: Shifting Riches contains 5×3 reels and 20 paylines, which is a common setup. It gives a strong first impression when you look at what it can do, with peak payouts of up to 5,000x the bet and an RTP of up to 96.63 percent. Wilds, scatters, and super spins with multipliers are just a few of the features available.

A typical Pragmatic Play betting range is used here, with values ranging from $0.20 to $100 each spin. Because there are 20 lines, the amount sent to each one varies between $0.01 and $5.

Rainbow Gold: Shifting Riches does not disappoint when it comes to reward distribution. If you can convince the leprechaun to help you, the slot will pay out up to 5,000 times the round’s wager, which might imply up to $500,000 in cash.

One of the things to keep an eye on is the RTP. The optimal one is 96.63 percent, which is the maximum attainable value. The second option on the list, with a score of 95.54 percent, may also be worth considering because it is close enough to the average. The third option, on the other hand, has a 94.57 percent RTP, which I would advise you to avoid in this game.

Features of the Rainbow Gold Slot

A Wild logo is one of the symbols that can appear on the reels of this slot. Because it is a substitute sign, it may be used to create new combinations when combined with other symbols. It is not expected to take the place of the scatter.

Rainbow Gold will have the traditional graphics that you’d expect from a game with an Irish theme, but the design quality is excellent enough that it is still worth checking into.

The slot sports a Wild logo as its main feature symbol and a Leprechaun as its scatter symbol. While the lowest-paying icons display the Royals from 10 to A, they do it in an attractive manner. The Guinness, a Wishing Well, Horseshoes, a Leprechaun Hat, and the Golden Clover are among the high-paying symbols (top symbol).

Rainbow Gold: Shifting Riches is an excellent slot game from pragmatic play, it has an average peak RTP of 96.63 percent which is still an excellent payout to gamers. There are three options of RTP to choose from. The theme is a classic one which I believe will entice gamers and make them want to play more. This slot game is one in which gamers should look forward to because of it is a low stake and bigger RTP game.