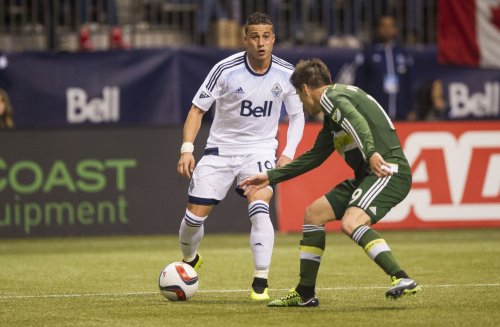 In a match on Sunday between two fierce rivals vying for a postseason position in the Major League Soccer Western Conference, the Portland Timbers will take on the Vancouver Whitecaps at Providence Park.

A victory for any team might move them closer to the final playoff spot, where the Timbers and Caps are currently one and two points down, respectively.

A seasoned Portland ensemble that has been together for some time appears determined to demonstrate that they still have a terrific run in them.

Many have claimed during the season that the reigning Western Conference champions have too many players who are past their prime and are a shell of their former selves.

This team has refuted those allegations since the international break, scoring points in five straight league games to re-enter the postseason picture.

Giovanni Savarese expressed his opinions about Seattle winning the CONCACAF Champions League in no uncertain terms, calling them “pissed” that their rivals from the Pacific won.

On Saturday, his team put three past the Sounders in a 3-0 victory to spoil their championship parade. With six points overall—three more than Seattle—they took the overall lead in the Cascadia Cup. A victory on Sunday would extend that advantage, and the Timbers enter this match having won three of their last four home games while scoring 12 goals during that time.

The Caps had to fight back against a strong offensive unit multiple times this week, but they ultimately managed to earn a single point at FC Cincinnati (2-2).

This team not only earned a point for the third time in the previous four games away from home, but they also made MLS history by scoring a game-tying goal in both the opening five and the final ten minutes of a game.

Many supporters will recall what transpired in Portland last year right away when they think of some of the most illustrious comebacks this squad has had under manager Vanni Sartini.

On that particular day, the Caps were down 2-0 to the home team at the half when their coach delivered a stirring halftime speech that seemed to energise the team, as they scored three goals in a row to win 3-2.

They currently exhibit a lot of creativity and flow on the field, as they appear to be much more poised with the ball and are making wiser choices in the attack. Although they have returned to postseason contention, this team’s depth may be put to the test this weekend as injuries are starting to mount.

Sartini would prefer not to have to witness his team chasing games so frequently away from home, as they gave up an opening goal within the first 15 minutes on six different occasions in 2021, despite the fact that they have managed to settle into a handful of their road games.

The Timbers are showing that they are still a difficult club to play against by playing with a lot more passion than we saw at the beginning of the season and looking like a completely different squad after the international break. Since Cubas will probably be out for this game, the Timbers should be able to play down the center much more easily and find plenty of scoring opportunities, which we think will be enough to give them three points.