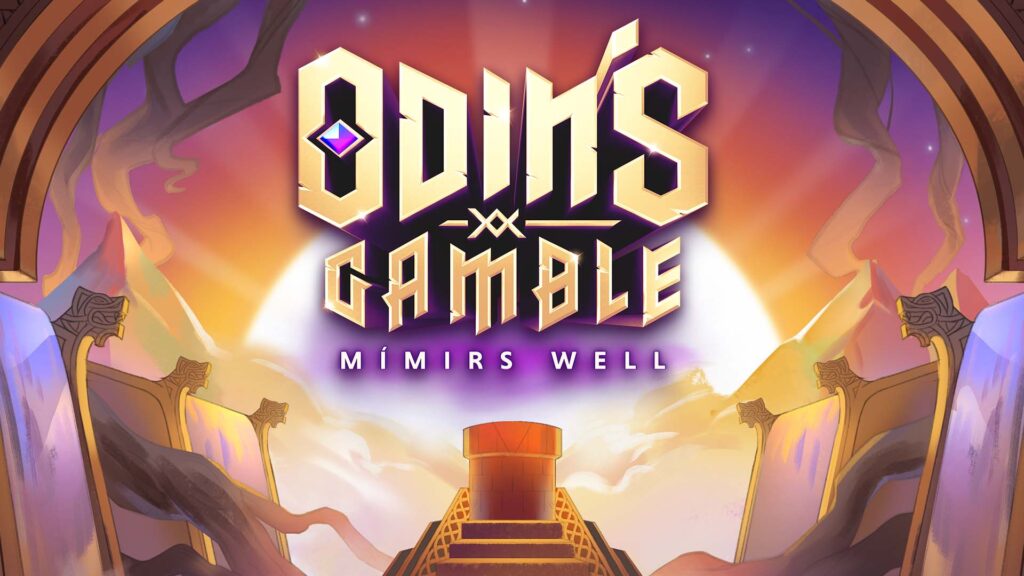 Thunderkick is currently working on a new slot machine themed on Scandinavian mythology, dubbed Odin’s Gamble. This is coming from a developer whose designs I’ve always enjoyed, and while it’s not one of the industry’s biggest names, it’s always exciting to see what they come up with.

Odin’s Gamble provides the player with a very huge gaming area, with 6×4 reels and 466 lines to build combinations. It’s a game with a medium to high level of volatility, which makes the jackpot of 19,333x the stake all the more appealing (provided that you find the 96.17 percent RTP is used). Multiplier Wilds, Charged Wilds, Roaming Wilds, scatters, free spins, and Sticky Wins are just some of the features that players will encounter while playing this slot machine.

In exchange, you’ll be looking at a slot machine with massive jackpots that will entice even the most seasoned players. The game’s returns are capped at 19,333x the stake. Best of all, the volatility is moderate to high, not as high as it would have to be in other situations.

The RTP is part of a range offered by Play n GO, so while it can go as high as 96.17 percent, operators can also utilize lower numbers like 94 percent, 92 percent, and 90 percent. Keep an eye out for this number and double-check the value before you start playing.

Odin’s Gamble’s most common wild is nevertheless more interesting than you’d get in other slots. It acts as a substitution, but it also acts as a multiplier, multiplying the value of wins when it contributes to the building of a combination.

It’s possible to earn a Sticky Win feature after winning rounds, but it’s absolutely random. The symbols from those winning combinations will become sticky, and the next respin will be utilized to add to them. If the combinations improve, the respins will continue.

The goal is to get 10 free spins, and to do so, you’ll need three or more scatter symbols to appear on the reels at the same time. If you get 3 or more additional scatters, you’ll get an extra 5 spins added to your total.

For the free spins, a few things alter, making them far more likely to be profitable for you.

To begin with, every single winning spin is guaranteed to trigger the Sticky Win feature; it’s no longer a chance occurrence.

Second, there are Charged Wilds, which start at 2x and increase in value as you obtain more of the same sort of symbol. These Charged Wilds might have a maximum multiplier of 22x to improve winnings.

Finally, the Roaming Wild is a brand-new emblem. It will be a reel-sized wild that will move around as you progress through the free spins.

This one is all about Odin, so you’ll find the Norse deity in one of the emblems, but other than that, it’s a more generic appearance with no other characters from the region’s mythology. The major symbol will be Odin, accompanied with representations of horns, ravens, necklaces, and rings. The lowest-paying slots will be filled by the traditional set of six Royals, numbered 9 to Ace.

I’d say it’s a decent design, modern, but not as varied and intriguing as some of the other Norse-themed slots we’ve seen.

Odin’s Gamble appears to be a game with a lot of potential. It gives you lots of reasons to spend some time with it, from its outstanding prizes to the volatility level that isn’t as awful as expected to the entertaining mix of additional features that were incorporated.