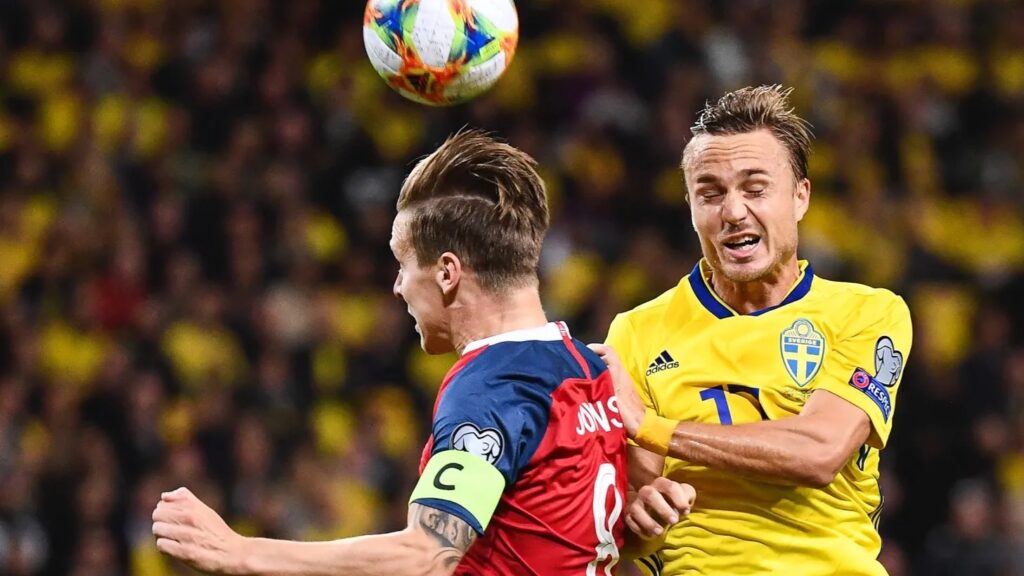 On Sunday night, Scandinavian rivals Norway and Sweden will face off at the Ullevaal Stadion in Oslo for their fourth League B Group 4 match in the UEFA Nations League.

After losing 2-1 at home in the reverse game last week, the Blue and Yellow will be out for vengeance against the Lions.

Norway Vs Sweden Tips and Prediction

Norway’s unbeaten run in League B Group 4 came to an end on Thursday as they were kept scoreless at home by Slovenia.

Soon after the hour mark, Miha Blazic was sent out for a late challenge on Erling Braut Haaland, but the Lions were unable to capitalize on the extra man and were forced to share the spoils.

In contrast, Stale Solbakken will be pleased with his team’s start to the Nations League season, as they have seven points from their first three games and are one point clear of Serbia at the top.

Norway will be optimistic coming into Sunday’s game after defeating Sweden earlier this month. They have only lost one of their previous 12 international meetings. After four consecutive draws against the Blue and Yellow, a brace from Haaland enabled the Lions secure all three points in Stockholm.

Norway would be in a great position to gain promotion to League A if they win again, which would be their second promotion in three seasons since the league began in 2018.

Sweden has lost all five of their previous meetings with Norway, with their most recent victory coming in a friendly international in August 2013, when they won 4-2 at home.

The Blue and Yellow have only won one of their last six away matches, a 2-0 victory over Slovenia earlier this month, and will need to be at their best on Sunday.

While Sweden’s offensive options may present issues in the final third for Norway, we believe Haaland and his teammates will have a field day against the visitors’ poor backline.

Andersson’s team can’t afford to lose on Sunday if they want to keep their promotion ambitions alive, but a home victory is attainable given Norway’s recent form and firepower.