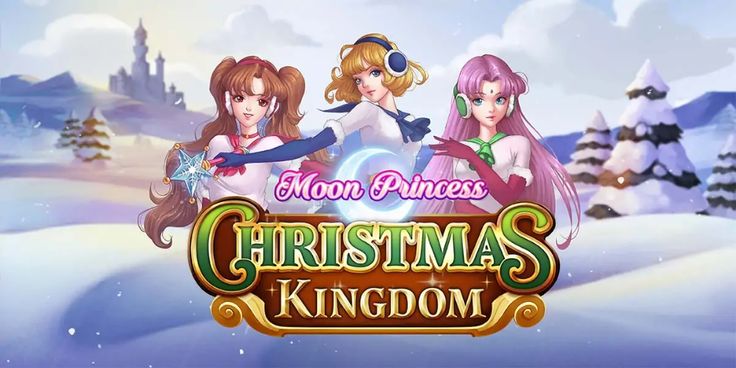 Moon Princess: Christmas Kingdom appears to be a holiday-themed slot machine based on another Play n GO offering. The original Moon Princess was an anime-themed game that debuted more than four years ago. Bringing us a Christmas-themed edition of the game is an interesting move that not many other developers have made; the standard appearance appears to be far more popular.

Moon Princess: Christmas Kingdom will include 5×5 reels and a system that allows players to form combinations of 3 to 5 symbols in rows or columns. It has only medium-high volatility, and the payouts can reach 15,000x the bet, with an RTP of 96.20 percent. Wilds, multipliers, multiple Girl Power modifiers, a Trinity feature, and three different types of free spins may all be found therein.

Moon Princess: Christmas Kingdom has enough potential to be as exciting as most Play n GO slots, with a payout possibility of 15,000x the stake. It has a medium to high level of volatility, which is lower than the original Moon Princess.

There will be an RTP range for its games, as with other Play n GO slots, with the maximum figure being 96.20 percent.

It’s a game in which three or more symbols of the same type must touch vertically or horizontally to win. It’s not necessary for them to land on specific reels; all that is required is that they are next to one another. The best wins come from matching symbols in a full column or row, and you can have up to 5 in a combo.

A cascading reels system is in place, which removes the winning symbols and replaces them with new ones. If new combinations develop, the cascades will start over.

When you obtain a cascade after a three-symbol combination, something else happens. In the center position, which was just cleared, the game adds a wild symbol.

Wilds can be used as substitutions for normal symbols only.

If you build your combinations in mistletoe-marked positions, multipliers may apply to the round’s wins (5 out of 25 positions are marked). Each covered mistletoe multiplies the multiplier by one.

Girl Power refers to three different sorts of random modifiers. It only appears during losing spins and awards one of three modifiers, each of which is associated with a different princess. Which modifiers are triggered is determined by the one displayed next to the reels. Extra wilds, the removal of two types of symbols, or the conversion of one type into another for a better chance of producing combos of the latter type are all possibilities.

The Trinity, a significant feature in Moon Princess: Christmas Kingdom, will be triggered by a single scatter appearing on the reels. To activate the free spins and win a prize worth 50 times your bet, you must eliminate all symbols from the gaming area. If you don’t win, the Girl Power modifiers are activated one by one.

The goal is to go into the free spins mode, which comes in three different variations. One of the peculiarities is that after each losing spin, you obtain the Girl Power connected with your free spins. Instead of 5, you now get 10 multiplier mistletoe positions.

There are three different variations of the free spins, each with a different princess. 4 Love Free Spins (+4 when retriggered by a single scatter), 5 Star Free Spins (+3), or 8 Storm Free Spins (+2) are among the options available.

It’s an anime-themed slot machine that’s been given a Christmas makeover. If you appreciate anime, it’s a terrific choice for the holidays. The graphics are satisfactory, as is to be expected in this genre.

The wild, scatters, the three princesses, and a variety of Christmas decorations are among the symbols that may be found on the reels (baubles, stars, bells, hearts).

Overall, Moon Princess: Christmas Kingdom has wowed me, and I believe it has its own niche in the market. Although not everyone wants an Anime-themed slot for the holidays, the genre does have its own admirers who would enjoy it.