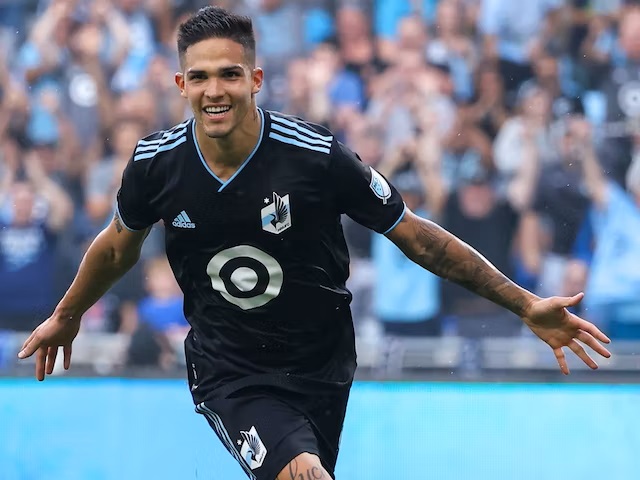 On Tuesday, Minnesota United and Los Angeles FC, two struggling teams in the Western Conference of Major League Soccer, will square off at Allianz Field.

The Loons had lost three straight games coming into this match, falling 1-0 to the Portland Timbers on Saturday, while LA had lost five of their previous six games, losing 2-1 to Dallas over the weekend.

The Loons were one of the hottest teams in the MLS only a few weeks ago, scoring in 10 of their 11 domestic games played between the end of June and August 27.

Since then, Adrian Heath and his team have failed to score in three straight games, making for a very different tale.

With only four games left in the regular season, the Loons are only four points above the postseason cutoff, putting considerable pressure on them in the Western Conference playoff race as a result of their current skid.

Their schedule down the stretch is advantageous because three of their final four regular-season opponents are now out of the playoff picture, despite the fact that their margin for error is much slimmer.

In their last nine games in all competitions, Minnesota has only lost one at home while recording two clean sheets.

In their three prior games at Allianz Field versus the Black and Gold, the Loons were undefeated and outscored their opponents 7-3. With a playoff spot essentially secured, LAFC appears to have let up, scoring points in just one match since August 20.

Due to their slump, they are now three points behind Philadelphia Union for second place in the Supporters’ Shield standings.

The Black and Gold’s weekend loss to the Toros marked the first time since October of last year that they had surrendered points while leading an MLS game, snapping a string of 20 triumphs in a row.

While they can no longer set a new MLS point record, Steve Cherundolo has them within one win of securing the top slot in the Western Conference.

It’s no secret that LAFC is putting all they have on the line to win the MLS Cup this season, but despite all of the talent and expertise they’ve added during the transfer windows, there currently seems to be a lack of consistency with them.

The Western Conference’s joint-highest goal scorers (60 goals) have lost all four of their recent away games while scoring just once in each of those contests.

Despite their recent slump, LA have been a little sharper in the attacking third, while the Loons are once again having trouble scoring. Both teams have depth at almost every position.