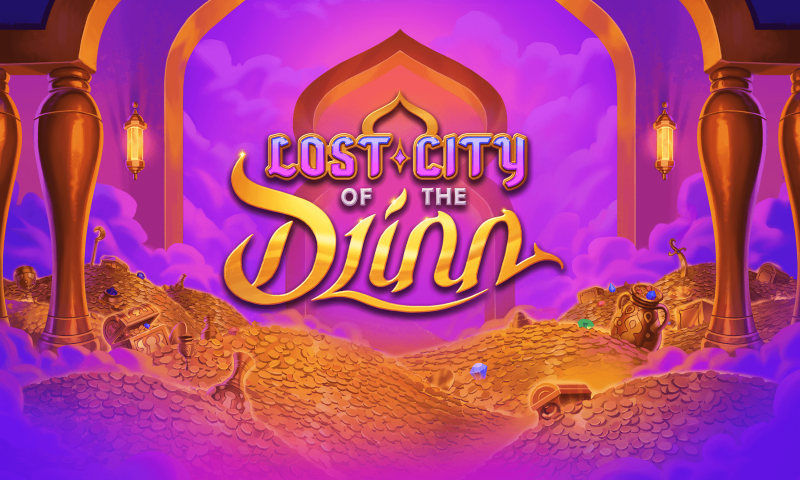 The Lost City of the Djinn is Thunderkick’s newest slot, and it takes us to the Middle East. Because it was created by this studio, which has a stellar reputation for game design, I expect it to be enjoyable to look at as well as play. The Djinn is famed for his capacity to fulfil wishes, so it’ll be fascinating to watch how this one plays out.

The Lost City of the Djinn has a 5×3 reel design, with 25 lines to generate your winning combos. It pays off incredibly highly, up to 25,000x the bet, but at the risk of tremendous volatility. The maximum point in the RTP is 96.07 percent. Wild, mystery symbols, scatters, and two types of free spins have all been introduced to the game.

The game allows you to modify your bets from $0.10 to $100 using the buttons accessible to you.

In the end, Lost City of the Djinn is comparable to the other current slots it competes with. Excellent awards, up to 25,000 times the investment, might be paid out to the game’s players. It’s not likely because of the extreme volatility, but it’s a possibility when the market is performing well.

There will be several RTP settings, and I would only recommend the game if it has the highest setting of 96.07 percent.

Features of the Lost City of the Djinn Slot

The wild is a significant feature, though it isn’t amazing. This one can be used to form new victories as a replacement symbol or to pay you directly (a combo of five wilds pays 30x the stake, same as the best symbols).

Massive Mystery symbols could also appear on reels 2-4, occupying 9 spots (3×3). They all change into a single regular symbol or a wild symbol.

The scatter symbols, on the other hand, will activate the standard free spins, with 10 to 20 rounds rewarded for 3 to 5 symbols. On the centre reels of every free spin, one of those 3×3 Mystery symbols appears.

There’s also a Hold & Win function, however it’s done in the slot’s own unique way. It takes three or more Cash symbols anywhere on the reels, and it begins with three respins and sticky triggering symbols. When fresh symbols land, the respins are reset. Cash symbols can appear, but there are also unique symbols that can help you win more money.

All other currency symbols will be upgraded with the value of one of the special symbols. The other will take the values of others and apply them to its own prize.

There’s also a Pattern Collect mechanic, which highlights symbols that land in specific positions. When all of the pattern positions are filled, the awards from those spots double in value, and the symbols are removed. Then you begin again with a fresh pattern.

Although the djinn’s story is typical of slot machines, the quality of the symbols remains good. The background depicts ruined houses in a desert-like terrain, but it is also attractive. The card suits, four of them, are the first symbols we see. The game continues with four characters, an hourglass (scatter), currency symbols, and wilds.

Overall, Lost City of the Djinn is the latest in a long line of slot machines that have the potential to make players wealthy. Although there is a lot of competition, it may still be quite profitable, and the features are entertaining.