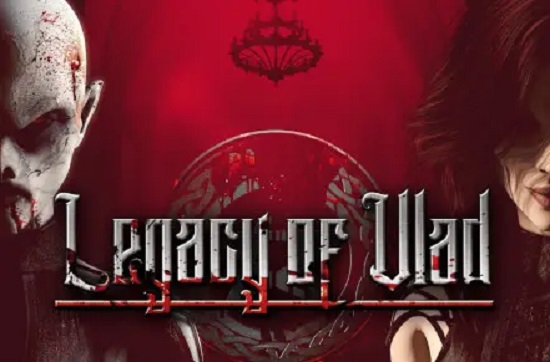 One of Nemesis’s recently released slots, Legacy of Vlad, appears to be a clone of another of their games, Jungle Party. I’m not sure which came earlier, but they’re pretty similar in terms of content, especially if the graphics are ignored. It’s a low to medium volatility alternative, similar to that one, that’s perfect for casual gamers but has limited potential.

On the 5×3 reels utilized in Legacy of Vlad, up to 25 active lines can be used. With a top jackpot of up to 117x the bet, low-medium volatility, and a 96.26 percent RTP, the game’s risk isn’t overly great, but neither are the game’s payouts. A bonus game, free spins, scatters, and a wild are among the features.

As scary as a vampire and blood-filled slot may sound, this one will not give you nightmares. Each line will pay no more than 20x the stake ($500), and the maximum payout for a full spin will be 117.6x the stake ($2,940). The rules page mentions the caps, but otherwise, it appears to be a slot that may pay out a lot more.

Volatility is assigned a 2 out of 5 rating, indicating that it is a low to medium risk alternative. It’s good for casual players because it gives them fair odds, as evidenced by the 96.26 percent Return to Player.

The game’s wild card will be a Coin symbol smeared in blood with a star on it. Because it functions as a replacement, you can use it to create more combinations, but that’s about it. Its presence will not benefit scatters.

One of the feature symbols, the scatter that triggers the free spins, is a Vampire’s portrait depicting Vlad Dracula himself. If 3 to 5 of these appear, you’ll be eligible for 5 to 20 free spins.

Martha is depicted in a portrait in the other symbol. You’ll need five of these to unlock the extra game and get entrance to the crypt. You’ll be asked to unlock coffins inside the crypt in order to find a treasure hidden by Vlad.

Vlad the Impaler, a king of Transylvania during the Middle Ages, is the character who inspired Bram Stoker’s renowned Dracula. Along with his beloved, Martha, and a number of other characters, he is shown as a vampire in this game. Vlad as a scatter, Martha as another, and the Coin as the wild are all major symbols. Four Royals, from Jack to Ace, take up regular positions, followed by a Chalice of Blood, Tombstone Cross, Necklace, Guns, and katerina.

If you like vampires or just real money online slots with terrifying themes in general, Legacy of Vlad is a good choice. It’s not the type to pay much, but it’s also not the type to put your entire bankroll on a few spins, as its volatility is modest.