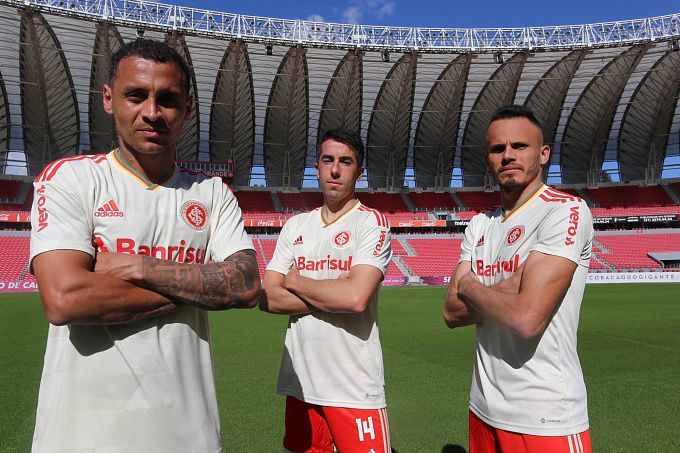 On Thursday, Goias and Internacional will face off at the Estadio da Serrinha in a Brasileiro Serie A match.

The hosts have won their past four home games, while the visitors are trying to extend their unbeaten run to six games on the road.

Goias vs Internacional Tips and Prediction

On Sunday, Goias drew 1-1 with Ceara at home, their third league draw by the same scoreline in the last four games.

Pedro Raul scored his sixth goal of the season in the 85th minute to save a point for the hosts, canceling out Stiven Mendoza’s 17th-minute opener.

Jair Ventura’s side has had an amazing run of success in all competitions, losing only one of their last nine matches and scoring in eight of them.

The Big Green are presently 13th in the Brasileiro Serie A table, two points above the relegation zone and four points behind Internacional, who are in fourth place.

Goias may be the underdogs in their match against The Red, but they have won all three of their top-flight home matches against them.

Internacional won 3-1 at home against Flamengo on Saturday, extending their unbeaten streak to ten games across all tournaments.

Wanderson’s brace gave The Red a two-goal advantage after 22 minutes, but Andreas Pereira, on loan from Manchester United, pulled one back for the visitors in the 58th minute. In stoppage time, Pedro Henrique converted from the penalty spot to give the hosts the three points.

Internacional are seven points and 11 positions ahead of where they were at this point last season, with four wins, six draws, and only one defeat in their first 11 Brasileiro Serie A games.

Mano Menezes’ squad is now prepared to face three newly promoted teams in a row, with Goias on Thursday, Botafogo on Saturday, and Coritiba on Sunday.

Internacional have won nine points from a five-game unbeaten away streak after losing their first league game of the season 2-0 away against reigning champions Atletico Mineiro. A win on Thursday would be their first in the top division against Goias since August 2014.

On Thursday, a hotly contested match will be played between two sides in high spirits, both of which will like their chances of taking all three points.

However, we believe Internacional will barely manage a slim victory and a place in the top four at the Estadio da Serrinha.