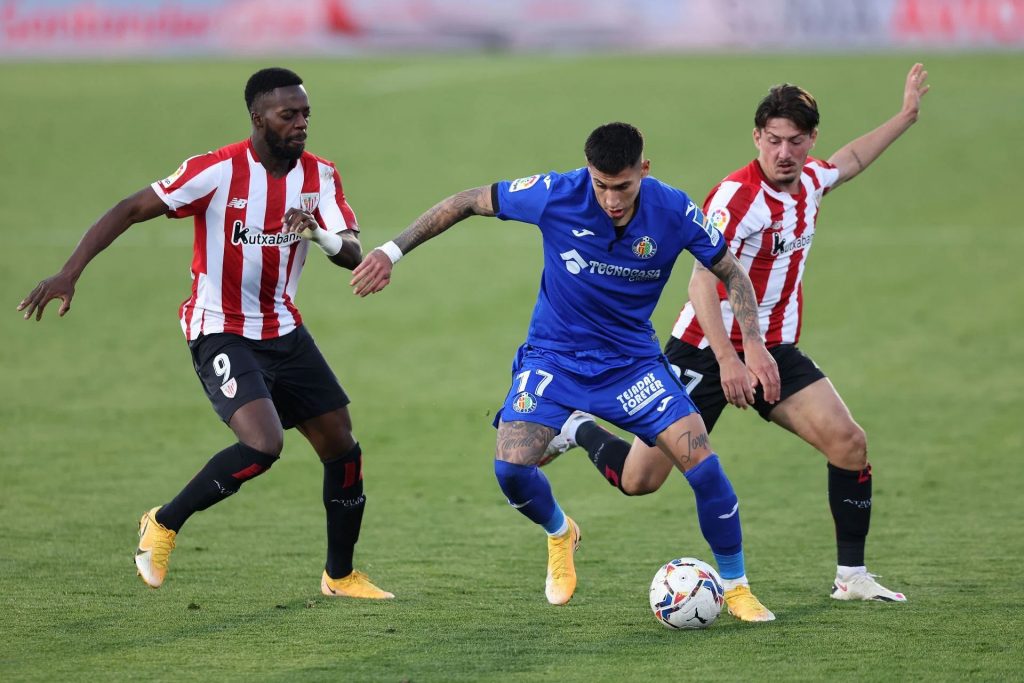 When Athletic Bilbao travels to Coliseum Alfonso Perez to play Getafe on Tuesday night, they will be hoping to get back to winning in La Liga.

The opponents will be coming off of a home loss to Atletico Madrid, while Getafe’s most recent game was a scoreless draw with Rayo Vallecano.

Getafe currently sits in 16th place in the table, two points above the relegation zone, after winning two, drawing two, and losing five of their nine league games this season.

The Deep Blue Ones won back-to-back games against Real Sociedad and Osasuna in the middle of September before dropping their first two games of October to Real Valladolid and Real Madrid.

They have three more games left before the month is over, playing Celta Vigo, Elche, and starting November at home against Cadiz.

The team led by Quique Sanchez Flores is currently in its sixth consecutive season at this level of football. Between 2018 and 2020, they finished eighth, fifth, and eighth, but the past two years have seen them finish 15th, so it will be interesting to see what they can accomplish this term.

Since January 2016, Getafe has only lost once to Athletic in the league, and the past four matches between the two teams in the top division have all ended in a draw.

Athletic had a strong start to the season, winning five, drawing two, and losing two of their nine games to earn 17 points and move them up to fifth place in the standings.

The Basque team lost to Diego Simeone’s team on Saturday, despite being only two points behind third-placed Atletico. Antoine Griezmann scored the game’s lone goal in the 47th minute.

Athletic’s defeat was their first since the beginning of September, and Ernesto Valverde’s team will be hoping to avenge it on Tuesday night, especially given their next match is on the road against Barcelona.

The Lions, who have won La Liga eight times in their history, finished fourth in 2013–14 and are unquestionably outsiders for a potential Champions League spot this season. However, they have finished eighth, eleventh, tenth, and eighth in their last four campaigns at this level.

As previously indicated, Athletic has struggled to defeat Getafe lately, and their inability to triumph over the Deep Blue Ones away from home in league play since 2016 is a sign of the difficulty of their mission in this specific game.

Athletic are the clear favorites in this matchup, although it can be challenging to predict the outcome given their recent struggles versus Getafe.

The Basque team will be eager to get back to winning ways, but Getafe is our pick to take home a share of the victory on Tuesday night.