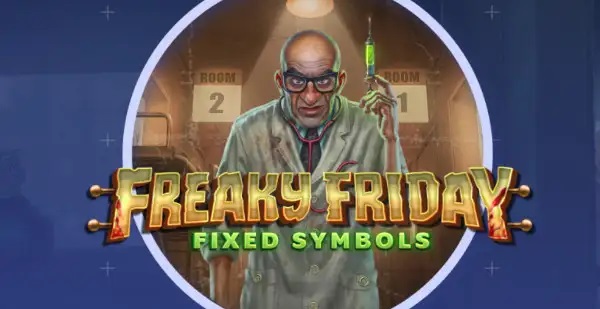 Barbara Harris and Jodie Foster swapped bodies in the 1976 comedy picture Freaky Friday, which was remade in 2003 with Jamie Lee Curtis and Lindsay Lohan reprising their roles. An online slot from software vendor Stakelogic called Freaky Friday bears little resemblance to either film. Freaky Friday is a Book of Ra spin-off with expanding symbols in free spins and a feature called the Fixed Symbols Feature, in addition to having a memorable name.

Stakelogic has taken the time to push, prod, and pull at specific components of Freaky Friday in an attempt to develop something more original. They’ve done this by adding an extra row to the reels as well as a few more paylines. As a result, there are 5 reels, 4 rows, and 20 fixed paylines on the game board. There are also two distinct ways to play the game, each with its own set of advantages and disadvantages. The standard mode, where stakes range from 20p to £/€100 every spin, is one option; the Super Stake, which doubles the cost, is another. The advantage of using Super Stake is that you get a Fixed Symbols Feature in free spins, yet both ways of playing appear to produce the same 95.82 percent return value.

Stakelogic has toned down symbol values as a compensator before getting all euphoric about the prospect of having double the regular amount of paylines. For example, instead of the usual 500x, scoring a whole line of the top premium scientist symbol is worth 125x the wager. Electrified hats, face masks, brains, and medicine bottles follow him down the chain, each paying 50x to 10x the stake for five of a type. The low pays are then 10-A royals, which pay out 2.5-5 times the risk for a five-line wager.

The wild/scatter symbol is significant in these types of games, as it generally is. The book symbol acts as a wild sign, completing winning lines by replacing for any other pay symbol. Landing 3, 4, or 5 book icons as the scatter rewards 2.5x, 25x, or 125x the stake, as well as 10 free spins.

When three or more scatter symbols appear during the feature, ten free spins are awarded, and the expanding symbol remains the same for any retriggers.

The Fixed Symbols Feature will be available if the Super Stake is engaged when the free spins are activated. When a Golden Wild Scatter symbol appears on reels 2, 3, or 4, that reel transforms into a Fixed Symbol Reel. This means that whenever an Expanding Symbol win is possible, the Golden Reel is filled with the expansion symbol, even if one did not land on it. Let’s imagine the expanding symbols are 10s, and the Golden Reels are reels 2 and 3.

In this game, players are placed in a laboratory with a scientist who appears to be working on some evil notions. The scientist not only appears as the highest value symbol, but he also stands next to the reels, holding a syringe carrying a brilliant green liquid, which makes one wonder where he intends to stick it. A wonderfully weird soundtrack tops off what is quite a diabolically clever scientific scene, as random paraphernalia litters the rest of the lab.

We’ll never know whether Stakelogic was oblivious of the prior films or hoping for some name recognition, but the game is a little strange in terms of ‘Book of’ slots. The game is an interesting one with a good RTP.