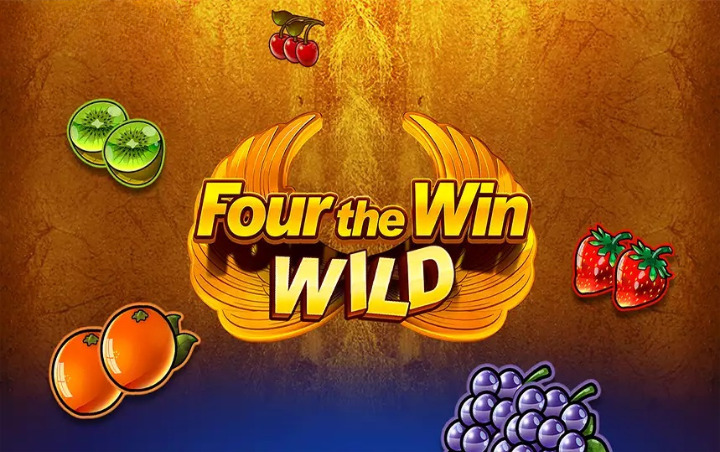 Swintt’s Four the Win Wild is an attempt to create a fruit-themed traditional slot machine that is unique in its own right. It will be a more fascinating option than you might believe at first because of the utilisation of ways to win, though that isn’t anything you can’t obtain elsewhere.

Four the Win Wild is a 4×3 reel slot with 81 chances to win and multiplier wilds as its major features. There isn’t much else to look into; it’s a straightforward slot machine, but it does combine a few elements that you wouldn’t find in this combination anywhere else. The biggest payout in Four the Win Wild might be up to 2,000 times the stake, and the RTP is 95.12%.

In Four the Win Wild, a very little wager would cost only $0.05 every spin. A high stake might be worth up to $100, so the range is wide enough to appeal to a wide spectrum of players.

Win four times Wild pays highly, but only if you can get to the greatest parts of the game. The best return you may expect is 2,000 times your stake, but this isn’t a guarantee. Wild symbols, when used to form combos, can help you win that prize.

The RTP, which is at a below-average 95.12 percent, is one area where the slot falls short.

You can use wild symbols to help construct new combinations, which means they’ll take the place of whatever is needed. Furthermore, when a wild is employed in a victory, it applies a multiplier, making ordinary combos much better. You’ll need several of these substitutions on a payline to obtain a multiplier from the wild.

If you get four Fox Wilds on a payline, you’ll get a winning combination worth up to 2,000 times your bet.

The Win Wild slot has a fruit theme, therefore the design isn’t particularly appealing. The Fox Wild is the only symbol that jumps out, but you’ll also see Sevens, Strawberries, Grapes, Oranges, Lemons, Kiwis, Plums, and Cherries. They didn’t try to make new graphics for it, so if you like the oldies, this one can be a decent choice for you.

While Four the Win Wild is not the most sophisticated game area, it does provide an innovative setup and chances to win, as well as multiplier wilds, which may be enough to keep players entertained. Four the win wild slot has an interesting fruit theme although it’s a common theme that has been seen in a few slots before now, However four the win slot can return up to 2000x the stake and up to 95.12 percent RTP which is a bit below average. Overall, the slot is an interesting one to play.