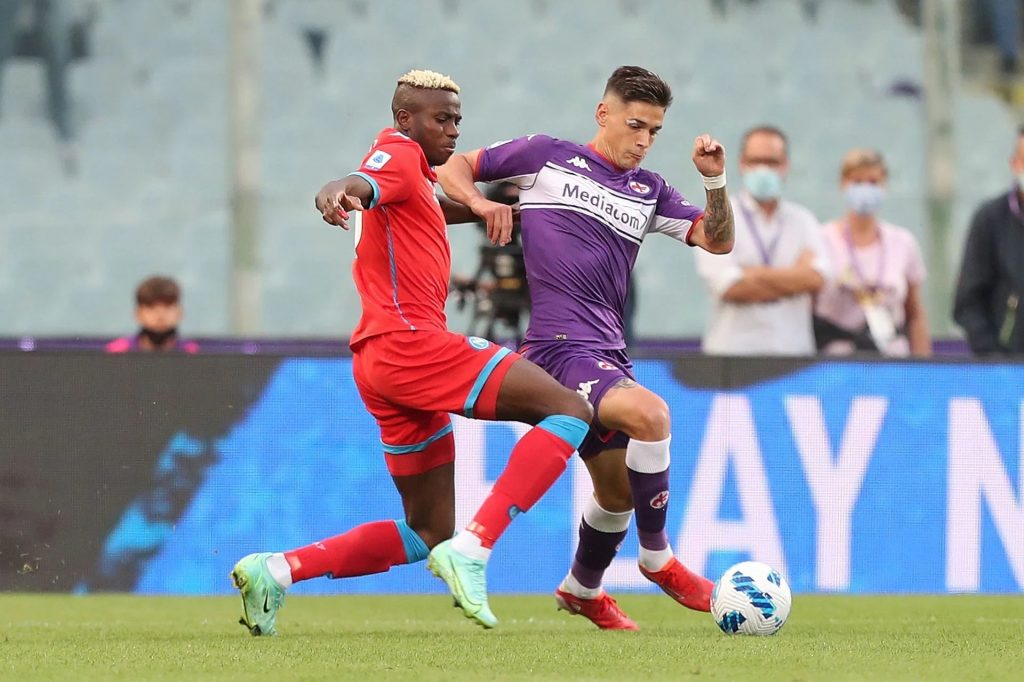 Napoli will be visiting Fiorentina on Sunday as both team are coming to fight for the points with both of them coming from unbeaten run in the Serie A league this season. Napoli are brimming with nine goals in just two games while the home side have not conceded at all this season.

Fiorentina Vs Napoli Tips and Prediction

Napoli crushed Hellas Verona five goals to two in their first meeting in the Serie A this season, they continued by beating the newly promoted side in their last match scoring a total of nine goals.

Both osimhen and the new signings have been doing well this season with the former scoring 2 goals in past games and Khvicha having three goals.

The recent game between Fiorentina and Napoli ended with a win for Fiorentina with 5 goals coming from the match in this league back in April and they have won against their rival consecutively in the league for the first time in this century.

Italiano has made a name for himself by favoring attacking football, but his back-to-back shutouts over Empoli and Twente also add to a steadily improving defensive record for the year 2022.

Fiorentina will play at the Franchi on Sunday after also drawing away to Tuscan rivals Empoli last week, despite having a man advantage for the final 30 minutes, and then in Enschede, where they repeated the same scoreline. Only Milan can match their tally of seven clean sheets from 11 league games this season in Serie A.

Following a aggregate victory over Twente in their Europa Conference League match, the Viola are now ready to take on the group stages, though, they return to domestic duties, as they aim to go unbeaten in their first three league games of the season for the first time for a long time

Napoli will find it harder to maintain their ferocious scoring rate now that they are stepping up in class after a straightforward start to the fixture list. We anticipate a tightly battled draw here.