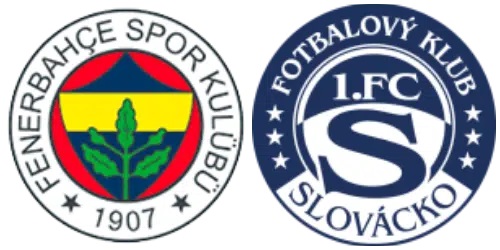 When FC Slovacko visits Fenerbahce in Istanbul for the first leg of their Europa League third qualifying round matchup on Thursday night, Fenerbahce will be hoping to gain an advantage.

Slovacko qualified for this stage of the competition by placing fourth in the Czech First League in 2021–2022 whereas the Turkish giants were eliminated from the Champions League after losing to Dynamo Kiev in the second qualifying round, dropping them into the Europa League.

Fenerbahce Vs  Slovacko Tips and Prediction

Since the 2008–09 season, Fenerbahce hasn’t participated in the Champions League group stage. This year, they were eliminated in the second qualifying round by Dynamo Kiev.

Kiev prevailed 2-1 after extra time in the second leg after the two teams played out a scoreless tie in the first leg on July 20. As a result, the Turkish giants are now competing to earn a ticket in the group stage of the Europa League, the competition in which they participated last season.

Fenerbahce did defeat HJK in the playoff round of the previous competition before joining Olympiacos, Eintracht Frankfurt, and Royal Antwerp in Group D, but they placed third in the division and were unable to advance to the knockout phase.

The Yellow Canaries are getting ready to start their new domestic campaign on August 8 against Umraniyespor after finishing second in Turkey’s top division last season, eight points behind Trabzonspor.

While Slovacko finished fourth in the Czech First League, they made it to the third qualifying round of the Europa League last year.

The 2022–23 domestic season was started with Martin Svedik’s club drawing 2-2 with Zbrojovka Brno.

Their first European match since competing in the UEFA Intertoto Cup in 2002, Slovacko were defeated by Lokomotiv Plovdiv in the second qualifying round of the Europa Conference League last season.

Slovacko may surely cause problems on Thursday night, but it will be very tough for us to support them both individually and as a team against Fenerbahce in the first leg. Our prediction is that Jesus’ club will be eager to move past their Champions League setback.