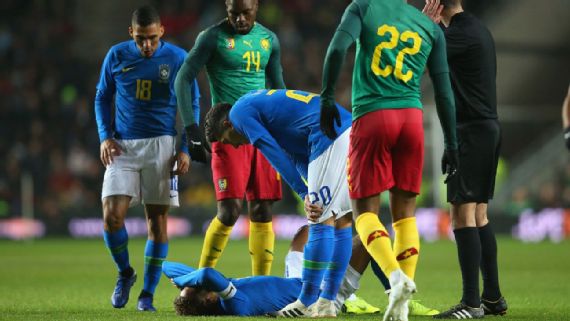 To advance to the World Cup’s knockout rounds on Friday, Cameroon will have the challenging task of defeating Brazil at the Lusail Iconic Stadium.

The Indomitable Lions must win and hope that either Serbia beats Switzerland by one goal in the other Group G game, or that Serbia picks up a draw, as the Selecao only needs a point to take first place.

Cameroon vs Brazil Tips and Prediction

The Indomitable Lions did had opportunities, scoring as many shots on target as their opponents, but they fell just short, therefore they needed at least a draw against Serbia in their next game.

After Jean-Charles Castelletto opened the scoring, Rigobert Song’s team battled back from a 3-1 deficit to tie the game at 3-3, despite briefly appearing to be headed for an early exit from the tournament.

The second-half goals from Vincent Aboubakar and Eric Maxim Choupo-Moting gave Cameroon a chance to compete on Friday and demonstrated the tenacity that will be needed if they are to have any chance against one of the tournament favorites.

Song will be hoping that his team can take advantage of Brazil playing a team that may not be as strong as in previous games because they are very likely to advance as group winners, despite the fact that they are still outsiders.

Brazil has successfully qualified for the round of 16 of the World Cup, winning their opening two matches for the first time since 2010, when they advanced to the quarterfinals.

Richarlison of Tottenham Hotspur scored a brace in the second half to give the Selecao a victory over Serbia and give them their first win of the tournament without giving up a goal.

Following that, Tite’s team once more came from behind to defeat Switzerland, this time by a score of 1-0. Casemiro scored in injury time, which may have surprised some given their abundance of attacking talent.

The two teams’ most recent competitive encounter occurred in the World Cup group stage of 2014, with Brazil winning behind goals from Neymar (who scored twice), Fred, and Fernandinho.

That result would be more than sufficient for Selecao on Friday, setting up a matchup against the group’s runner-up, perhaps either Ghana or Uruguay, in the round of 16.

Cameroon is playing for its World Cup lives in this match that must be won, but they simply lack the ability to compete with Brazil on an equal footing. The five-time World Cup champions are likely to catch the African team on the break and punish them if they must commit more players forward to try to win the game.