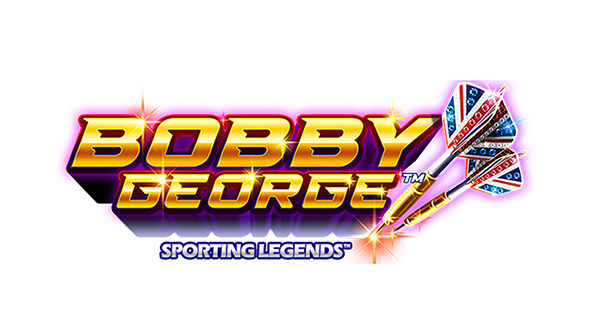 The Sporting Legends series honors exceptional competitors in a wide range of sports that aren’t as well-known as football or other big sports. We’re looking at a darts-themed slot with Bobby George, after previously seeing horse racing, baseball, and snooker-themed slots. This is yet another Playtech title worth investigating, with a vast number of potential features and modifiers to keep you occupied.

Bobby George: Sporting Legends has 5×4 reels and 40 active lines, which could result in some decent payouts. Individual spins don’t appear to be particularly lucrative, as they can only pay out up to 120x the bet (600x for a free spin), but when you consider the slot’s other elements, you can see that there is room for more. The Bobby George Wild, Wild Darts bonus, Dartboard scatter, and free spins with 12 types of game modifiers are among the primary features that are being added with this game.

The wagers authorized in this situation will begin with a minimum of $0.40 and can increase to $100.

The standard side of the slot isn’t particularly appealing. When paying for particular combinations, the game will go up to 3X the stake. When you include in the 5x multipliers that may appear during the free spins, you’re looking at prizes of up to 600x in a single spin.

The wild symbol, which can appear on all five reels, is Bobby George himself. It could be useful as a substitute or pay directly, depending on how it lands and what else is located along the same lines where it is present. When three to five wilds are produced correctly on the same line and from left to right, they can pay up to three times the stake.

Wild Darts is a feature that appears at random and can add up to 10 darts to the reels. These darts will now be available as wilds for the current spin. A scatter can still accomplish its job even if a dart lands on top of it.

At the start of the feature, you will be given 6 free spins. A tiny element is introduced first, in which three darts are tossed to select the modifiers that will be active during the free spins. The three can choose from a total of 12 alternatives, which include:

When the free spins feature is retriggered with another 3+ scatters, you will receive the same number of free spins as before (including the ones obtained from modifiers).

Bobby George: Sporting Legends will highlight one of the sport’s former winners. He was a legend in the sport during the 1970s and 1990s, winning numerous championships. He now works for the BBC as a presenter. Bobby George will be depicted in his younger days when he was still playing in the branded slot machine created by Playtech. These aren’t pictures at all, but rather carefully edited 3D images, and they look fantastic in this setting.

Five Royals will be available on the reels at first, ranging from 10 to A, as well as darts, a candle holder, a bracelet, two photos of him throwing darts, and then another with a close-up for the wild. The scatter is the dartboard.

Bobby George: Sporting Legends appears to be yet another superb Playtech slot machine, this time a branded title that will likely appeal primarily to darts lovers.