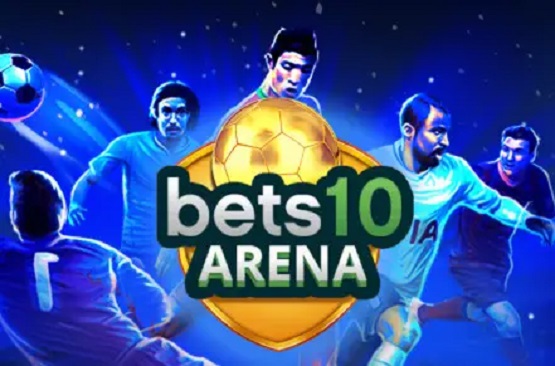 Bets10 Arena is a football-themed slot machine from iSoftBet that will be released soon. Sports betting is frequently linked to gambling, therefore it’s no wonder that the two are combined in a slot’s theme. There are several wonderful ways to get compensated within, as well as a number of features that will assist you in doing so.

The Bets10 Arena slot machine has 5×3 reels, which means there are 243 ways to win. If you play through the usual side of the slot, the RTP is 95.99 percent (96.97 percent if you buy access to the bonus feature). Wilds, bonus symbols, free spins, and up to 243x combined multipliers are just a few of the features to look forward to.

There are two RTP values to consider here, both of which are excellent. The RTP on the regular side of the game is 95.99 percent, which is perfectly acceptable. The bonus game has a 96.97 percent RTP, therefore your chances are better if you choose the Buy Bonus option. However, not everyone can afford to play in that mode exclusively.

Features of the Bets10 Arena Slot

The Golden Boot symbol will serve as the wild card, acting as a great alternative when coupled with other symbols. It is not a substitute for bonus symbols.

During paid spins, GoldBall symbols can appear at any time, up to three at a time. Each one contributes to the multiplier, and if there are multiple presents, the values multiply each other. When combined during premium spins, you might receive up to 27x multipliers.

You can win 8 free spins by landing Trophy bonus symbols anywhere on the first, third, and fifth reels. The GoldBall multipliers improve here, and when combined, they can reach 243x for free spin wins. GoldBall multipliers can now be found on all five reels. You can also get multiples of them on the same reel, boosting a 2x multiplier to a 3x multiplier. You’ll gain 5 extra rounds during the free spins if all 5 GoldBalls are engaged.

It’s a simple enough theme. The slot machine you’re looking at is a football-themed machine with the reels situated on the pitch in the midst of a stadium. The J to A logos are represented by light green Royals in the first four spots. The referee or the players are represented by the next five symbols, which have a larger value. The Golden Boot (wild), Bets10 Trophy (bonus symbol), and GoldBall are the three feature symbols that will appear (multiplier).

Bets 10 Arena is a really nice and interesting game, and it does this through the employment of special features. They’re standard features for a iSoftBet game, but they’re powerful nonetheless. It also has a good RTP of 95.99 percent.