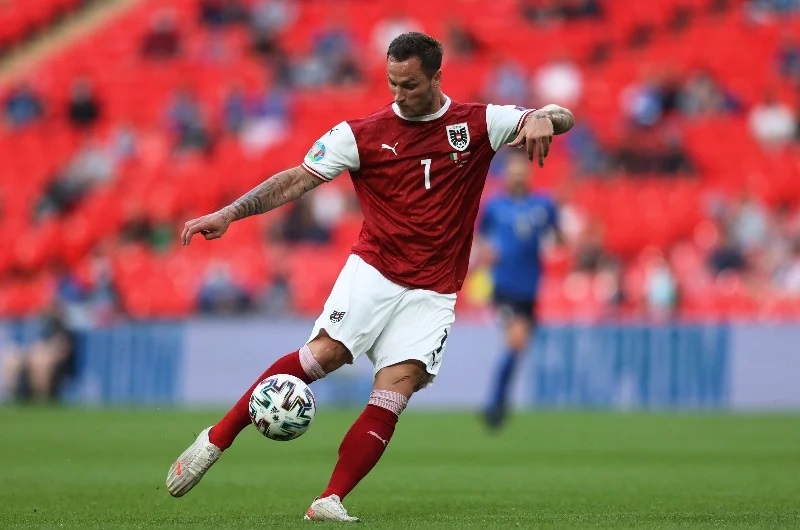 During their match at the Ernst-Happel-Stadion in Vienna on Monday night, Austria and Denmark will be looking to keep their perfect starts in the 2022-23 UEFA Nations League going.

Austria vs Denmark Tips  and Prediction

After Rangnick could only guide Manchester United to a sixth-place finish in the Premier League, Saturday’s game would have been excruciating to watch, but it was difficult to take one’s gaze away from the Austrians’ overpowering display against the 2018 World Cup runners-up.

Marko Arnautovic, Michael Gregoritsch, and Marcel Sabitzer all scored superb goals to lead Das Team to a dominant first-day victory, which might herald the start of an exciting new era for Rangnick, who will not be leading Austria to the 2022 World Cup following their playoff defeat to Wales.

Nonetheless, life in the big league has started well for Austria following their promotion from League B last season, and they currently sit atop the fledgling rankings after only one game, but the punishing schedule will soon catch up with them.

Austria, who have scored 14 goals in their past five matches in all competitions, as well as making the net ripple in each of their last eight Nations League matches, face two meetings this month, one against Denmark and the other against a France team looking to make a statement.

Rangnick will be concerned by his team’s inability to keep a clean sheet in five home games, and while his players gave it their best on Friday, whether they can do it again will be a question. It’s a different question if they’ll be able to put on a comparable display 72 hours later.

On a night when everything that might go wrong for France – who were without head coach Didier Deschamps due to his father’s death – Denmark upset the world champions by defeating Les Bleus 2-1 thanks to an unlikely name.

Karim Benzema, a Ballon d’Or contender, scored the game’s first goal for France, but Andreas Cornelius came off the substitute to score a 20-minute brace, with his second goal coming in the 88th minute.

If the world hadn’t previously taken notice of Denmark, their victory at the Stade de France definitely did, with Hjulmand’s side sitting second in Group 1 early on as they prepare for a World Cup that promises plenty for the modest Nordic nation.

Furthermore, during their World Cup Qualifying matches last year, Denmark defeated Austria 1-0 and 4-0, with Das Team’s most recent victory coming in this match.

Morale in both camps is at an all-time high right now, but both sets of players will be fighting jellied legs after Friday’s exploits, and both Rangnick and Hjulmand will be careful about the next fixtures when picking their starting lineups.

Keeping out Das Team’s prolific attackers is a tall assignment for Denmark, and we can only see the visitors’ year-long record without a draw coming to an end as the two sides shake hands on a point apiece.