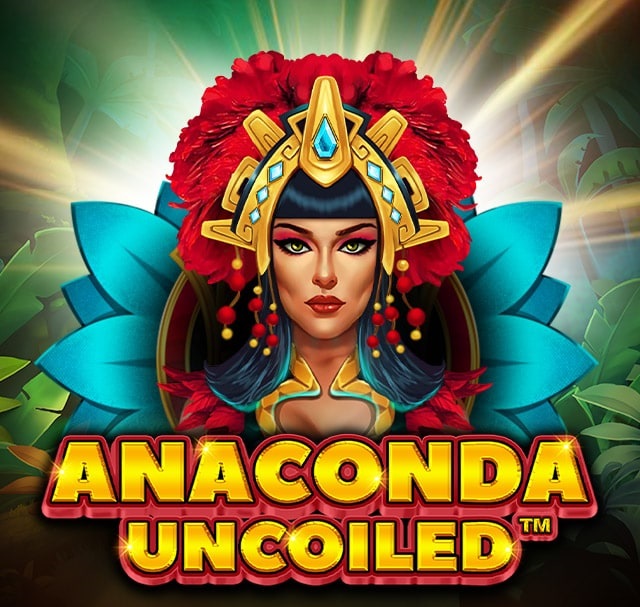 Anaconda Uncoiled is the third slot machine in this series from Playtech. They’re getting ready to release this third game after Anaconda Wild I and II. Anaconda Uncoiled manages to give something fresh while using parts of the same aesthetics as the second game, as well as a similar setting, so it’s still worth checking out.

You’ll be playing on six reels, each with four symbols, with 50 active lines. The game’s prizes will not be as large as the second game’s, and you can only expect a top jackpot of 1,729 times your bet. In what is otherwise a highly volatile slot machine, the 95.94 percent RTP, as well as the hit rate of around 30%, are data worth noting. There are a few other elements worth mentioning, such as the two wilds and wild respins.

Anaconda Uncoiled is a low-cost slot machine that may be played for as little as $0.10. In a single round, you can bet up to $10.

Even though it’s deemed highly volatile, this slot doesn’t have an amazing maximum prize to offer in exchange for those relatively little wagers. Anaconda Uncoiled will pay up to 1,729x the stake, which isn’t much, but it will maintain a high RTP of 95.94 percent thanks to the way its math works.

Anaconda Uncoiled uses a pair of significant feature symbols, and they’re both wilds, so they’re similar up to a point.

The regular wild will be your standard replacement symbol, which you can use alongside regular symbols to build combos. To aid in the formation of a combination, the wild sign takes the place of whatever normal symbol is required in its place.

A second wild may surface, but it will be more difficult to obtain. When it lands, though, it will activate Wild Respins, making it considerably more powerful. You’ll note that a snake emerges from the special wild and moves in a random direction, one spot at a time, after each respin.

The snake will eventually return to the special wild position, and the feature will stop at that moment. Before that, the snake may leave the game area, allowing for a further set of reels with the same number of lines.

All of the snake’s previous locations will be transformed into wilds. They erupt at the end of the film, travelling to various locations. The feature will stop once they have formed all of the new combinations that are feasible.

Anaconda Uncoiled’s theme appears to be based on the same Mayan-inspired images. The princess is clothed differently for this release, but you’re staring at the same image of her. The low-paying symbols, the ones with the diamonds, did not impress me, but the premium symbols do (rings, goblets, idols, daggers, treasure chests). The Mayan Princess is the image of the highest-paying symbol. Wilds are represented by simple logos in gold on a red backdrop.

Anaconda Uncoiled may not pay as much as the second slot machine in the series, but it has a high enough RTP to be considered fair. It also provides a sequence of entertaining wild respins if you can get them triggered, and it does enough to appeal to those who enjoy fresh mechanics.