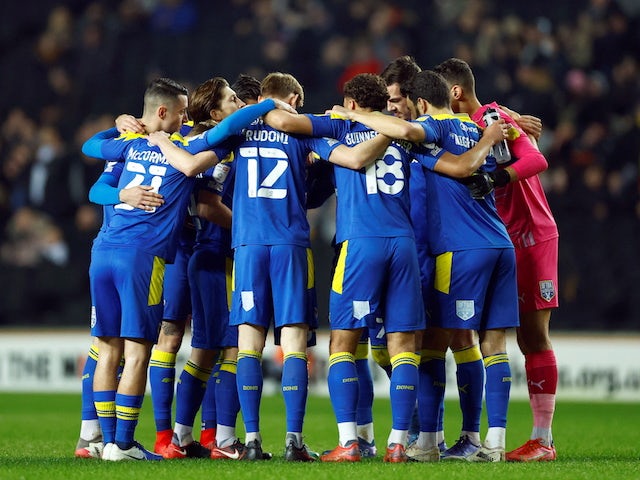 Tuesday night’s FA Cup first-round replay is scheduled because the two teams were tied after their opening match last weekend. Ahkeem Rose tied the score in the 70th minute of the match in Dorset after Ayoub Assal gave Wimbledon the lead in the fifth minute.

AFC Wimbledon would have anticipated defeating Weymouth in the first round last Saturday. They got off to the ideal start through Assal in the fifth minute, but their National League South rivals managed to come back in the second.

Since the match on November 5, Johnnie Jackson’s group has played twice, earning four points from victories over Leyton Orient and Salford City in League Two. This performance has placed them in 15th place overall.

The Dons were demoted from League One last season, and they have struggled in 2022–23, earning 23 points from 18 games and finishing in the bottom half of the competition.

After defeating Guiseley and Cheltenham Town in the first two rounds of the competition before losing to Boreham Wood 2-0 in early January, AFC Wimbledon advanced to the third round.

Weymouth, meanwhile, will enter the match after defeating Braintree United 1-0 on Saturday.

Bobby Wilkinson’s team, which has eight points from its first 16 games of the season, is still at the bottom of the National League South despite the favorable outcome.

There is no escaping the fact that the club’s league season in 2022–23 has been challenging; they have only won twice, scored just 13 goals.

It would be devastating for Weymouth to drop down another division for the 2023–24 season after being demoted from the National League last year.

The Terras had to win three games to move on in the FA Cup; they beat Winchester City, Welling United, and Havant & Waterlooville before their most recent match with AFC Wimbledon.

In spite of Weymouth’s strong performance in their most recent meeting with AFC Wimbledon, we are finding it tough to pick anything other than a home victory in this game.